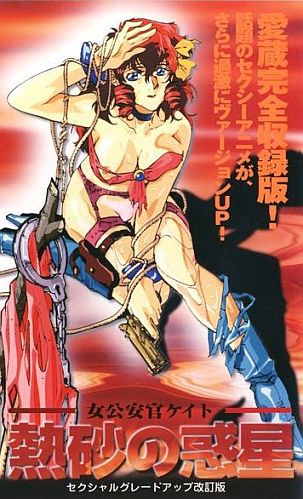 Kate is the voluptuous, virginal new recruit for the Federal Space Army Security Police. Although she's the newest detective in the galaxy police force, she's eager to prove her worth as an undercover agent. Her first assignment is to track down the villains who have been snatching up and raping all the young women of the hot desert planet, Doune. Will she become their next victim? Can she keep her virtue intact while infiltrating their den of ill repute? No mission is too dangerous, no disguise too skimpy, no sexual exploitation too deviant, for our girl Kate to handle!