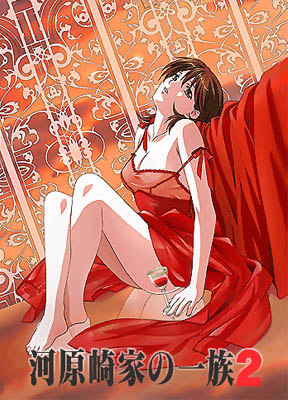 Being taken by his lover, Anna, Kazuma visited Kawaharazaki residents which located deep in mountains. The house was splendid and put an air as if it refused others. All the people living there were addicted to perverted sexual pleasures.
When he saw a maid, Suzuka, being trained as a sexual slave, he began to have a strange desire.

He and Miyahara Maki, who lived in the house, were seeking for the other's body passionately. It was the beginning of the two days' nightmare filled with abnormalities.