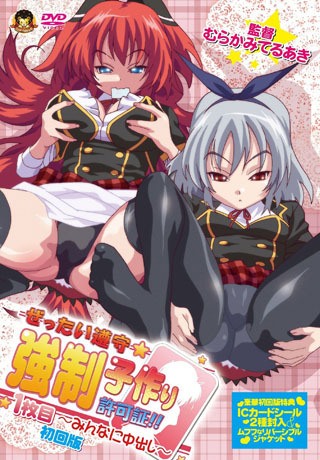 In the near future, mankind is on the brink of extinction owing to a drastic decline in the birth rate of males. To counter the declining overall birth rate, the country has introduced a new law and the Free Sex Licence. This Licence can be presented to any woman, anytime, anywhere, and that woman is legally bound to have sex with its bearer.

One night, Takumi receives one such Free Sex Licence and his life changes drastically. He has sex with Sara, a genius who's also curious about sex, and with Misaki, elder sister of his childhood friend Rin. Rin, who's secretly in love with Takumi, is extremely agitated by these occurrences. However, when Takumi inadvertently displays the licence in the classroom, Rin's first time is done in public...