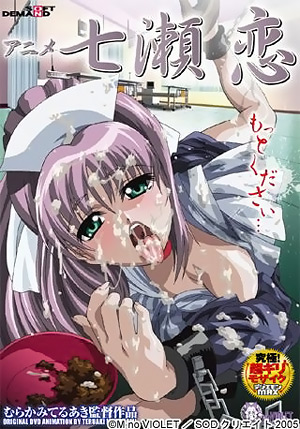 * Based on the eroge by M no Violet.

Before Ren Nanase was ever a night shift nurse, she was a sexy coed at a nursing school. Hearing rumors that one of the faculty is a rapist, she does exactly what any model citizen would do and confronts him about it. Unfortunately, things go downhill from there, and she winds up being his sex slave, getting a crash course in depravity. But in the middle of that perversion, could there be a hint of purity?

Note: There are 2(!) Nanase Ren OVA. Produced by totally different studios, but both feature the same(!) character. The other one is the Kranke Nanase Ren (夜勤病棟 Kranke 七瀬恋) bit, which is a special for Yakin Byoutou.