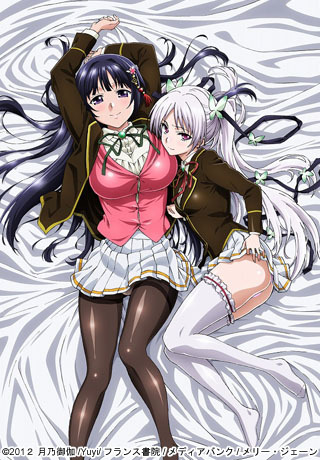 * Based on a light novel by Tsukino Otogi with illustrations by Yuyi.

One day, Amakawa Mamoru receives two love-letters. When he goes to meet their senders at the appointed place, the rooftop, he finds two diametrically opposite girls waiting for him. One, Sumiyoi Sakura, is a refined black-haired beauty and quintessential Yamato Nadeshiko. The other, Kurosaki Ageha, is a doll-like twin-tailed platinum blonde. However, when they realise that they had both sent love letters to the same person, hostilities broke out with one drawing a katana, and the other a pair of pistols. It turns out that Sakura belongs to a yakuza family, while Ageha is from a mafia family, and the town is evenly split into two between them.