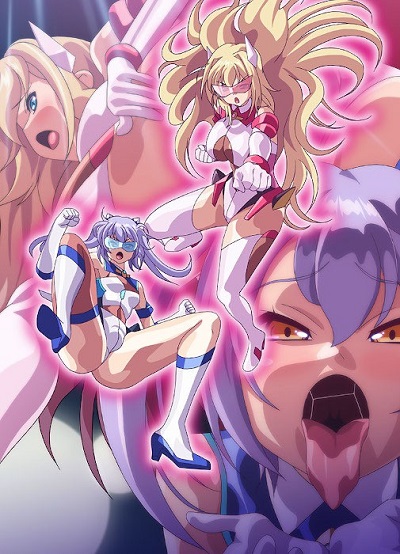 Omega is an anti-humanity institution purposed to dominate the whole world.
With artificial humans created by an unequaled scientist, Void, they have destroyed cities and hunted people.

The police and military forces were no match against Omega's artificial humans and innocent people have barely survived through their attacks.

By the name of Ysphere, Shizuku Ayazaki and Natsumi Fujii acquired the power to repel Omega's forces and are fighting for the peace.

Wearing special battle wears which convert their righteous spirits into physical forces, they bring down to Omega's artificial humans.

As Void takes them as a thorn in the side of his scheme, he formulates and implements a project to eliminate them from the situation.

Supposing their justice minds are the very source of their power, his project aims to bend and reprogram their minds into those of sex slaves.

By the plan is his own technology...brainwashing hypnotism.

Ysphere's determined beliefs will be overwritten by a course of brainwashing hypnotism and enslaving disciplines and they will go in the wrong direction, which leads to a bottomless hell of sexual pleasure...!