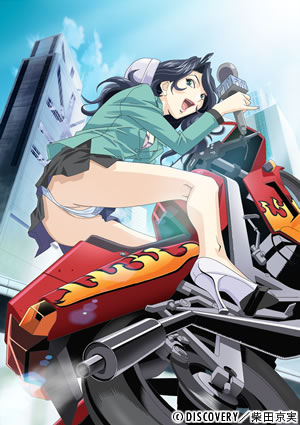 Yamanobe Etsuko is one foxy newscaster, and the top anchorwoman on Tokyo Flower Television. Desperate to coax some hot ratings out of a limp sweeps week, Etsuko gets herself a front row seat to an unfolding hostage crisis. But even though Damesuke flipped when he was laid off, taking his boss's college-girl daughter hostage, he's too much of a wimp to follow through. That's where Etsuko comes in. She forces Damesuke to engage in all manner of graphic sex acts with Mayumi on national TV. But in the name of ratings, will she be forced to get in on the act herself?